This article was developed as a part of assignments during my education in 2013. For citation purpose, please use: Gunawan, J. (2013). Summary of Lazarus and Folkman’s Theory of stress, appraisal, and coping. Retrieved from jokogunawan.com.

Richard S. Lazarus (1922-2002) received his BA from The City College of New York in 1942 and his PhD from the University of Pittsburgh in 1948. He taught at Johns Hopkins University, Clark University, and, from 1957 until his retirement in 1991, the University of California, Berkeley. At Berkeley, Dr. Lazarus began his influential research into psychological stress and coping processes which contributed substantially to the “cognitive revolution” that occurred in psychology during the 1960’s. Dr. Lazarus published over 200 scientific articles in social, personality, clinical, and health psychology and 20 books, including “Psychological Stress and the Coping Process” (1966), “Stress, Appraisal, and Coping” (1984), and “Emotion and Adaptation” (1991). Dr. Lazarus became a Guggenheim Fellow in 1969 and received two Doctors Honoris Causa, one in 1988 from Johannes Gutenberg University, Germany and one in 1995 from Haifa University, Israel. In 1989 he was awarded the Distinguished Scientific Contribution Award by the American Psychological Association.

Susan Folkman, PhD, is the Director of the Osher Center for Integrative Medicine and the Osher Foundation Distinguished Professor of Integrative Medicine at the University of California, San Francisco. Since 1990, she has also been Professor of Medicine at UCSF, and from 1994 until 2001 she was Co- Director of the UCSF Center for AIDS Prevention Studies. Dr. Folkman received her PhD from the University of California at Berkeley in 1979, where she remained as a research psychologist until coming to UCSF in 1988. She is internationally recognized for her theoretical and empirical contributions to the field of psychological stress and coping. Her work since 1988 has focused on stress and coping in the context of HIV disease and other chronic illness, especially on issues having to do with care giving and bereavement. In 1997, she was awarded an honorary doctorate from the University of Utrecht, The Netherlands, for her contributions to coping theory and research.

Stress; Lazarus states that stress is a condition or feeling experienced when a person perceives that the “demands exceed the personal and social resources the individual is able to mobilize.” this is called the ‘transactional model of stress and coping. Neither the environmental event nor the people response defines stress, rather the individuals perception of the psychological situation is the critical factor. According to Lazarus, the effect that stress has on a person is based more on that persons feeling of threat, vulnerability and ability to cope than on the stressful event itself. He defines psychological stress as a “particular relationship between the person and environment that is appraised by the person as taxing or exceeding his or her resources and endangering his or her wellbeing.”

Cognitive Appraisal; Lazarus stated that cognitive appraisal occurs when a person considers two major factors that majorly contribute in his response to stress. These two factors include: 1). the threatening tendency of the stress to the individual, and 2). the assessment of resources required to minimize, tolerate or eradicate the stressor and the stress it produces. In general, cognitive appraisal is divided into two types or stages: primary and secondary appraisal.

Primary Appraisal – In the stage of primary appraisal, an individual tends to ask questions like, “What does this stressor and/ or situation mean?”, and, “How can it influence me?” According to psychologists, the three typical answers to these questions are: 1) “this not important”, 2)”this is good”, 3) “this is stressful”. To better understand primary appraisal, suppose a non-stop heavy rain suddenly pours at your place. You might think that the heavy rain is not important, since you don’t have any plans of going somewhere today. Or, you might say that the heavy rain is good, because now you don’t have to wake up early and go to school since classes are suspended. Or, you might see the heavy rain as stressful because you have scheduled a group outing with your friends. After answering these two questions, the second part of primary cognitive appraisal is to classify whether the stressor or the situation is a threat, a challenge or a harm-loss. When you see the stressor as a threat, you view it as something that will cause future harm, such as failure in exams or getting fired from job. When you look at it as a challenge, you develop a positive stress response because you expect the stressor to lead you to a higher class ranking, or a better employment. On the other hand, seeing the stressor as a “harm-loss” means that the damage has already been experiences, such as when a person underwent a recent leg amputation, or encountered a car accident.

Coping; is defined as a process of “constantly changing cognitive and behavioral efforts to manage specific external and/or internal demands that are appraised as taxing or exceeding the resources of the person. There are two forms of coping:

Problem-focused coping used when we feel we have control over the situation, thus can manage the source of the problem. There are four steps to manage this stress: 1.Define the problem, 2. Generate alternative solutions, 3. Learn new skills to dealing with stressors, 4. Reappraise and find new standards of behavior.

Emotion focused coping used when an individual feels as if they cannot manage the source of the problem. It involves gaining strategies for regulating stress. 1. Avoiding (I am not going to school), 2. Distancing (yourself from the stress, ‘it doesn’t matter’), 3. Acceptance (I failed that exam, but I have 4 other subjects), 4. Seeking Medical Support, 5. Turning to alcohol.

The example framework of Lazarus theory; It can be seen the nursing process will take places

The example cases in the Black Swan Movie: 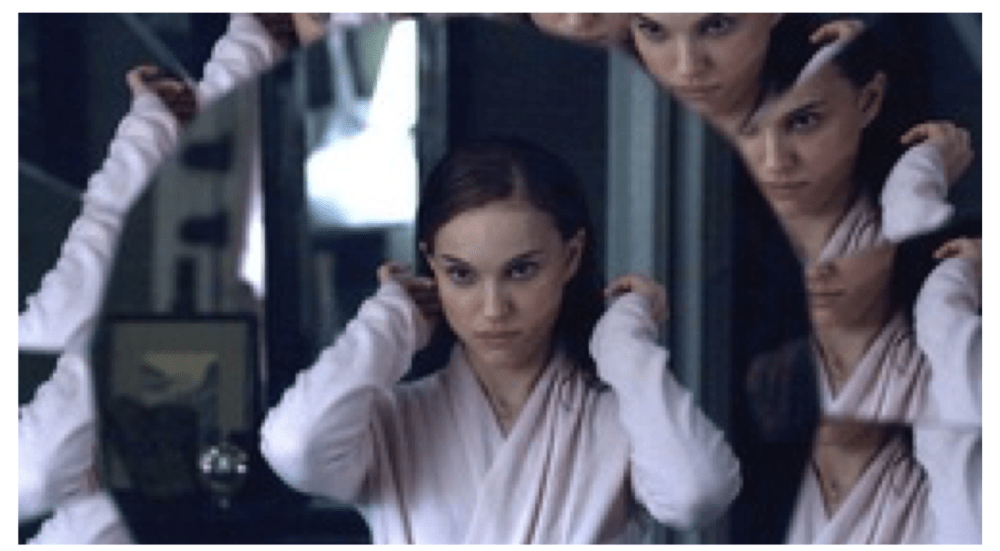 Nina, the main character of the film, demonstrates responses to events that exceed the normal expectations. Her responses to many of these events are abnormal and over dramatic, these emotions are caused from over excessive stress that Nina experiences.

Nina does not get the part in a ballerina audition she was hoping for, while all of the other girls accepted their rejection, Nina ‘glams’ herself up to seduce her dance co-ordinator. The enabled her to get the part she wanted so bad. The is evidence for Lazarus’ Theory for Nina’s feeling of being stressed is based more on her feelings of threat, vulnerability and ability to cope than on the stressful event itself. 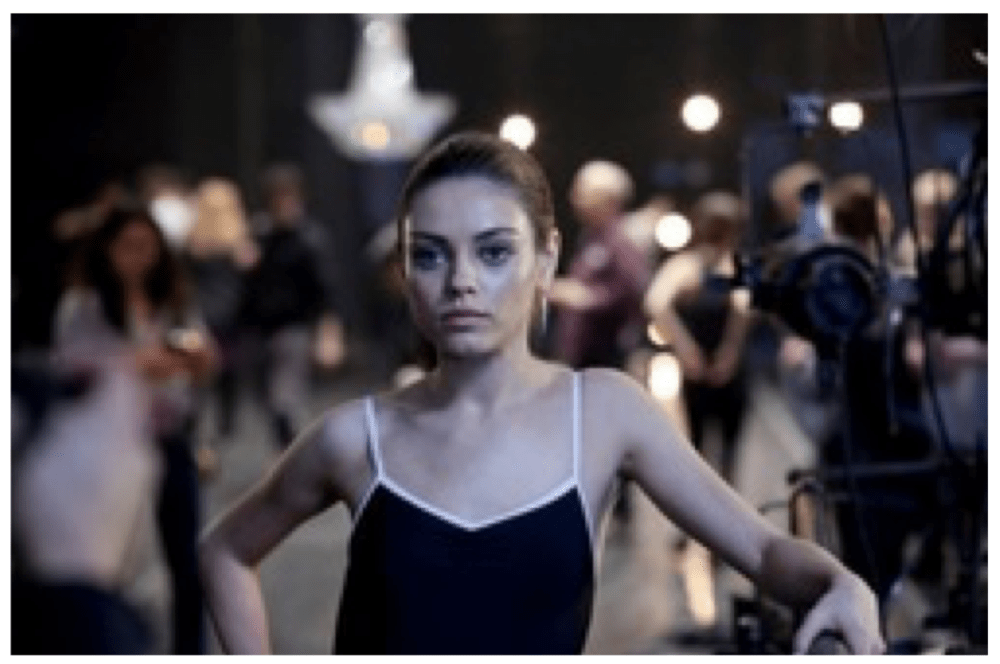 Stress becomes more intense as Nina becomes jealous of other dancers. A ripped toenail while practicing her thirty-two fouettés occurs due to her stereo type of a ‘strained dancer’. She becomes desperate as her dancing becomes more extravagant and dangerous. In Nina’s mind Lily is trying to steal her role and steal her glory but this is not true.She has feelings of threat and vulnerability brought upon by other dancing causing stress, as Lazarus says.

When Lily is cast as her double Nina cries and begs her to be changed for another dancer and the stress mounts. Nina believes in her fit of rage that she has killed Lily but in reality she has only harmed herself. The movie culminates with a strong psychotic episode where Nina lets out all of her anger and resentment on Lily but this only leads to devastating results. She can’t control her anger. The feeling of threat and vulnerability is too much for Nina, all control is lost and stress intoxicates her mind.

This is just a self-archive platform, with the information related to research, publication, culture, life style, etc.